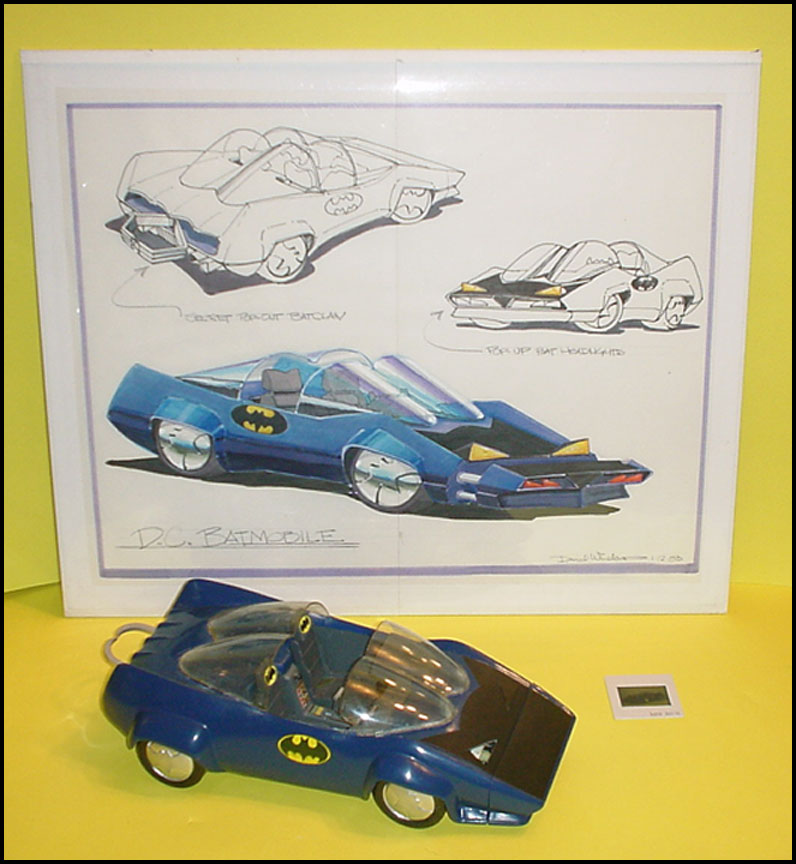 I debated back and forth on whether to begin this entry by discussing the Batmobile model itself and complimentary design material or sharing the crazy tale of how each piece shown in this entry made its way into my collection. I've decided to begin with the latter since it truly exemplifies the excitement, uncanny timing, and downright good luck associated with collecting prototypes and collecting in general for that matter. At it's core, I'm sure each collector reading this has experienced something similar to this tale during his/her collecting career.

My story begins in 2005, when I received word from a close friend that one of his contacts was parting with a Super Powers Batmobile prototype. Unfortunately the timing couldn't have been worse as I'd just completed a very sizeable purchase, so I regretably passed on it. Throughout the following two years, the piece periodically resurfaced in my mind resulting in me quietly scolding myself for not finding a way to capitalize on the original opportunity. Alas, hind-sight is 20/20 as they say.

Fast forward to July of 2007, when I was fortunate to obtain an original 2-dmensional, hand-drawn, and hand-colored design rendering from an ex-Kenner designer who worked on a number of toys from the line, including the Batmobile. Along with the artwork I obtained a slide showing a three-dimensional model that was built by Kenner's model shop using the previously mentioned design rendering as a guide. Yes, ironically enough the Batmobile model shown in that slide was the very same model I missed two years ago! Hind-sight...20/20...once again! I thought more and more about the design model after obtaining the artwork and slide, but was resigned to the fact that the model was long gone. A few months later, I received a phone call from my same close friend telling me that an unrelated visit to his contact revealed that the Batmobile hadn't been sold afterall and he secured it for me! In the end good luck and friendship triumphed and I now happily own several incredible pieces of the Super Powers Batmobile's history. 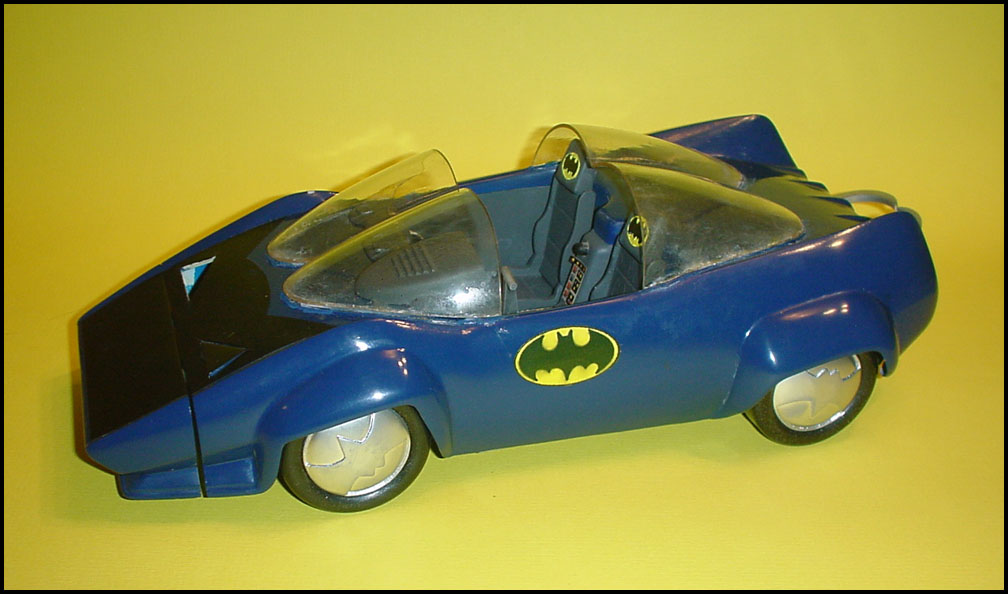 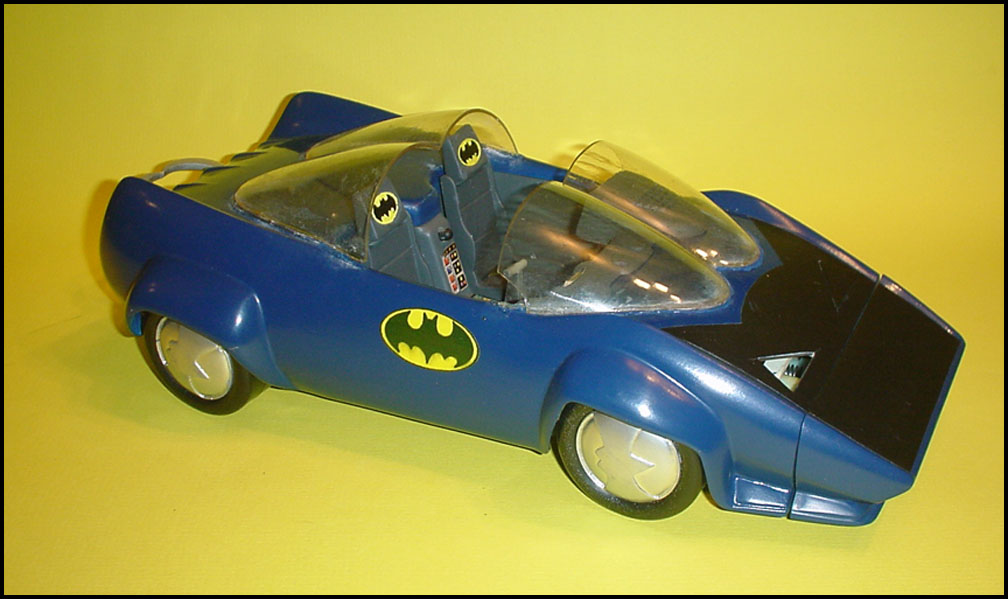 The Super Powers Batmobile model represents a critically important part of the toy's history. It's a conceptual design model that was hand-built at Kenner during the vintage era as part of the toy's developmental process. A wide array of materials were used in its creation. As an early three-dimensional rendering, some aesthetic characteristics deviate from that of the final approved design. Regardless, many of the exact same action features found in the final approved design also exist in this model. Play features like the front battering ram, rear villain capture claw, and moveable headlights are all present, functional, and driven by hand-built mechanisms! 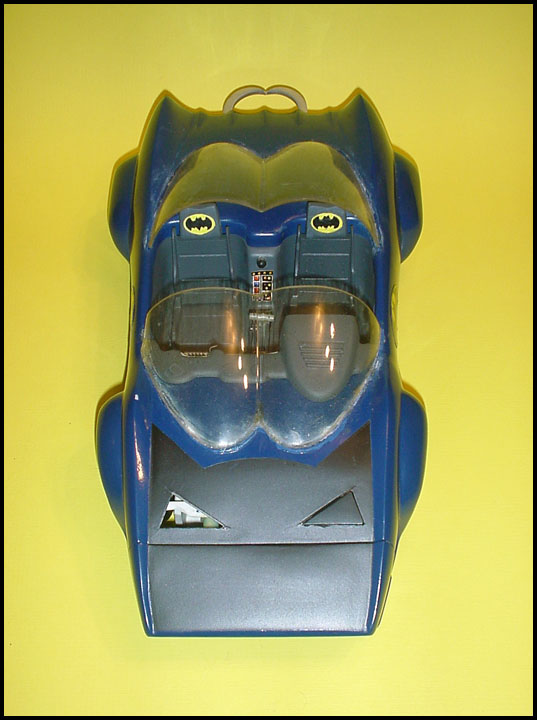 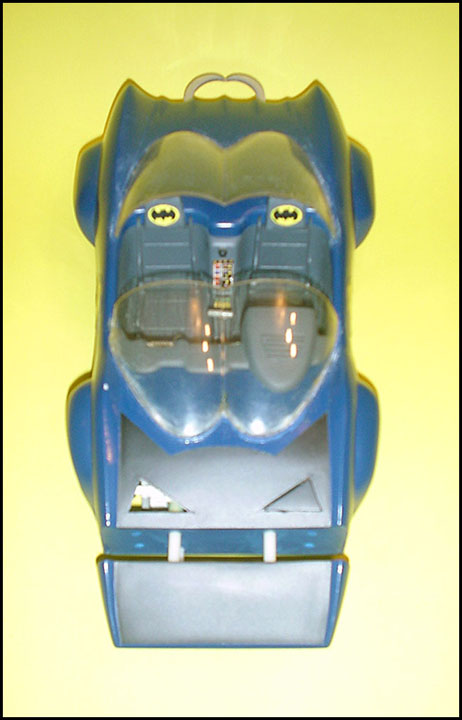 The above two photos help highlight the extending bumper mechanism. The left photo shows it tucked in, while the right shows it extended. A shifting rod, located in the cockpit, drives the internal mechanism for this feature. The capture claw component is also visible and protruding from the rear of the Batmobile. 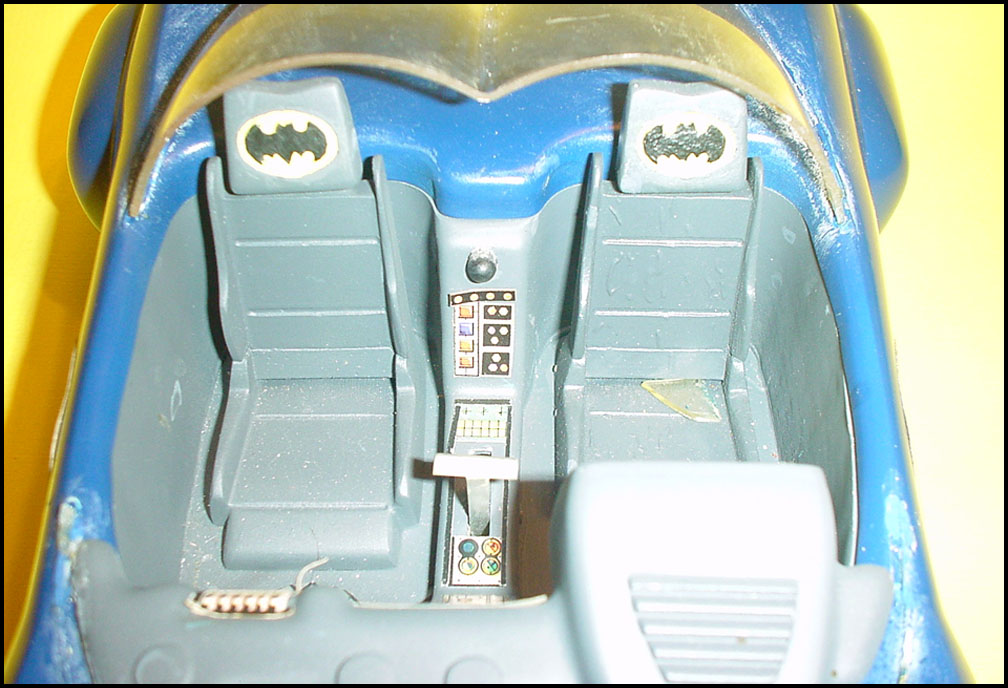 The previsouly mentioned shifting rod is clearly visible from this cockpit close-up shot. All of the cockpit decals are hand cut and hand applied. Attention to detail is clearly present as evidenced by the hand painted bat symbols present on each seat. 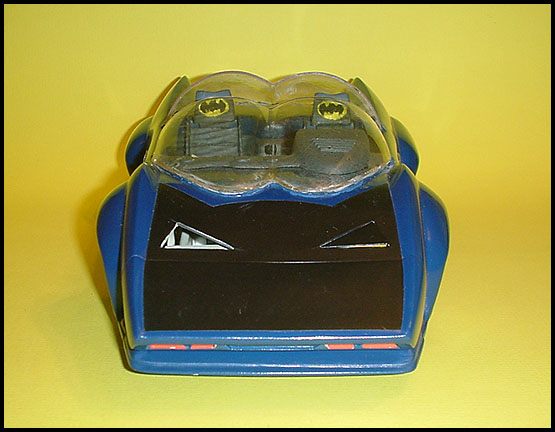 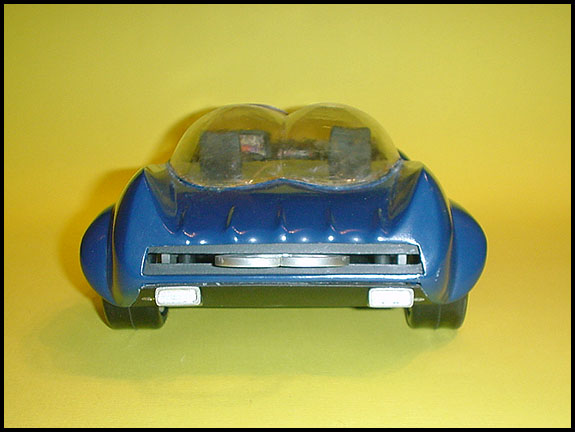 These two photo show close-up views of the model from the front and rear. The slot, where the capture claw fits into, shows up nicely in the righthand photo. 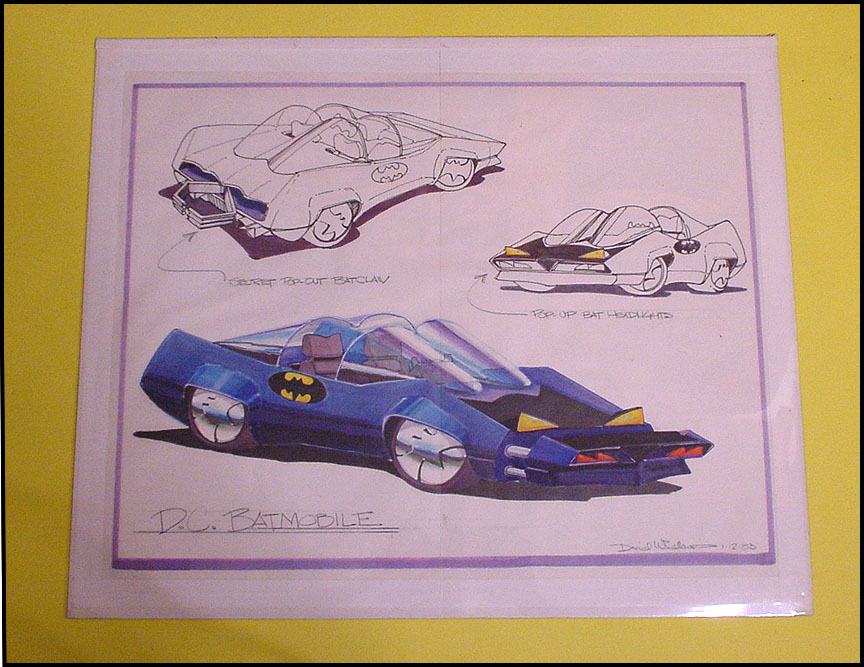 The conceptual design rendering, shown above, served as reference for the design model's creation. An individual entry for this outstanding artwork may be viewed here. 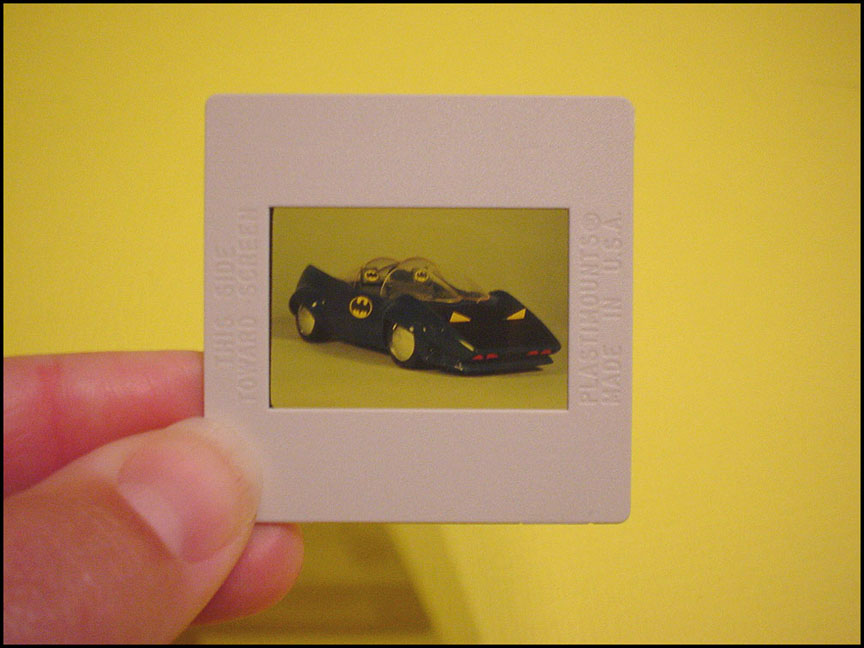 The third photo, a scan of the original Kenner slide mentioned earlier in this entry, shows the exact same model during the 80's. Notice it wasn't missing one of the headlights back then!

Photos truly don't do this prototype justice by any means, but I've tried to highlight the intricate details as best as possible. The Batmobile remains my absolute favorite vehicle from the Super Powers line, so this model is quite meaningful for my collection. Additionally, of all the Batmobiles produced by Mego, Kenner, and Hasbro, the Super Powers version reigns supreme in my eyes!